Soweto Giants struggling to keep up with Motsepe's masterplan

Kaizer Chiefs and Orlando Pirates have been biting the dust since the Motsepe and Mosimane era. Perhaps Mosimane’s departure might provide a sliver of hope in upcoming tournaments
Author: Mazola Molefe
Thu, Dec 24, 2020

"Patrice Motsepe buys Mamelodi Sundowns!", screamed headlines in 2004 as the billionaire confirmed he'd acquired sole control of the stylish Tshwane club (having bought majority shares in 2003). What followed were promises of a new era, trophies and – somewhere down the road – a continental title and the CAF Champions League.

The veil of secrecy around player transfers between Premier Soccer League clubs means we don't know with absolute certainty how much money exchanges hands for these transactions, but there are estimations.

Motsepe averages about R100-million a season as a cash injection for the Sundowns technical team to look for the crème de la crème of the domestic league. Downs dominate that way. That has been their modus operandi since Motsepe obtained 100% of the club shares.

Kaizer Chiefs and Orlando Pirates, their more popular and maybe even more stylish Soweto rivals, have been left to play catch-up.

It was even worse under the Pitso Mosimane era. In almost eight years at Chloorkop, he completed an unprecedented success of winning a remarkable 11 trophies, including the Champions League four years ago.

That's what Motsepe craved so much. With a star on the Sundowns crest under his ownership, his takeover had served its purpose.

But Mosimane has gone to Al Ahly, the club of the century (which seemed the only logical step for someone who has achieved so much in their native country), an Egyptian club with even deeper pockets than Motsepe's.

The show, however, must go on. Is Mosimane's departure a backdoor way for Chiefs and Pirates to catch a break? Probably. Amakhosi have been without a league trophy in five years and the Buccaneers have endured a championship drought since 2012.

There's no peace and love at Naturena in that scenario and the Buccaneers aren't the dancing happy people they've always claimed to be.

Motsepe's response to winning a domestic treble last season was signing the equivalent of a whole new starting line-up, appointing Manqoba Mngqithi and Rulani Mokwena as joint coaches and then issuing them a mandate: defend all the trophies from last season.

Just to add a bit of eloquence, Steve Komphela arrived with a bag of dictionaries to complement the backroom staff and aid the joint head coaches.

Before Mosimane shocked us all with his resignation, despite spearheading Sundowns's shopping spree of at least 13 players for the new season, there were jokes that the PSL should be renamed the Tshwane Premier League.

Mngqithi and Mokwena were there alongside Mosimane as part of the technical team think tank, so there's continuation – that's not good news for Chiefs or Pirates.

The mighty Amakhosi have a FIFA ban which restricts them from registering new players until July next year, and Kaizer Motaung, Motsepe's counterpart at Naturena, has admitted he's been tossing and turning in the wee hours. 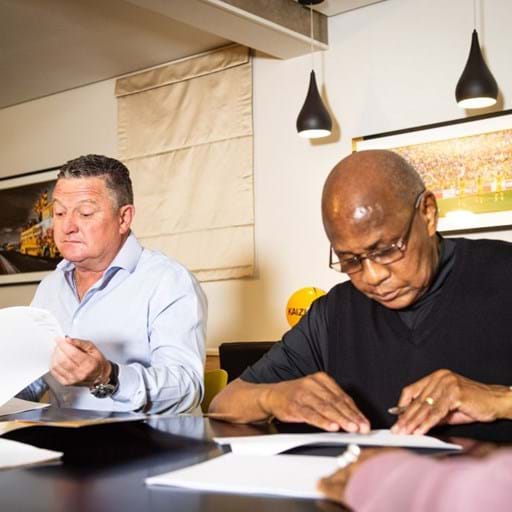 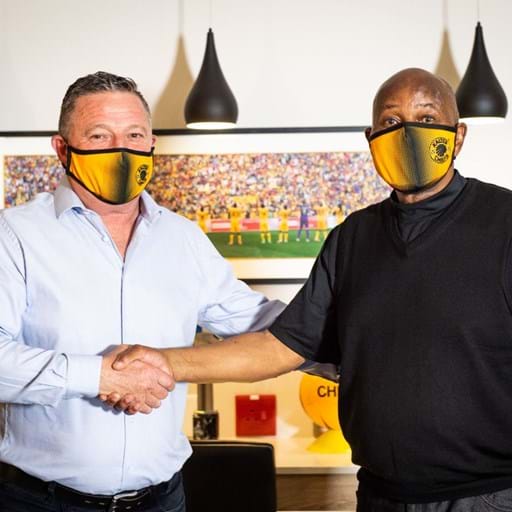 He did hire serial winner Gavin Hunt, so he's at least got that going for him, though Huntie has endured a nightmare start to his tenure at Naturena.

Irvin Khoza has reacted by pulling out the chequebook and recruited several players with a proven pedigree to help the Buccaneers succeed – the signs are good after their most recent MTN8 triumph. But the DStv Premiership is the main prize.

All it is, really, is being caught in an entanglement to dethrone Motsepe, who, not long after he first acquired 51% of Sundowns, told a crowd gathered at the famous HM Pitje Stadium in Mamelodi that the club would dominate local football.

Of course, it was going to be at the expense of Chiefs and Pirates, although he wasn't that blunt. Seven league titles later, and that precious Champions League trophy he coveted so much, it's fair to say the mining magnate delivered on his promise.