After this season’s explosive PL finish, it’s bound to be a long two months for fans before the new season. Here are some of the failures and successes and ways rivals might plot their comebacks
Author: Matthew Hirsch
Thu, May 26, 2022

A thrilling Premier league title race that went down to the wire. A top four scrap between two North London rivals that was decided on an epic final day of the season. And a great escape from Leeds United who survived relegation to send Burnley down. It was truly a fitting end to a spectacular season where Manchester City were crowned champions. Let’s have a look at some of the flops, overachievers and successes of the last season:

There was a concern among many Arsenal supporters that a lack of depth could ultimately cost them a place in the Champions League. This ultimately proved to be the case. Manager Mikel Arteta took a risk in January when he let striker Pierre-Emerick Aubameyang leave for Barcelona on a free transfer without replacing him.

Arsenal had a good run of form in the second half of the season but losses to the likes of Southampton and Crystal Palace cost them dearly. Many would consider 5th place a decent season considering the start they had. But they came oh so close to the holy grail of the Champions League season. They will be looking to strengthen during the off season, especially in midfield and upfront. Arteta has signed a new long-term contract and now the board needs to back him.

Arsenal’s North London rivals Spurs on the other hand have overachieved with a 4th place finish in the league. Antonio Conte has done wonders at the club since becoming manager. They were overlooked by the majority of pundits when predictions for top four were made at the start of the season.

The astute signings of Rodrigo Bentancur and Dejan Kulusevski proved to be an almost instant success with both players becoming important members of the squad. With Son and Harry Kane hitting form at the right time they have had a strong finish. Conte has said that he wants assurances from Spurs’ hierarchy that they will further strengthen the squad in the off season.

It will be interesting to see what Manchester United do in the transfer window under new manager Erik ten Hag who came in from Ajax. He’s got a monumental task to rebuild a fractured squad and divided fan base. Ole Gunnar Solskjaer was sacked mid-season and replaced by German Ralf Rangnick. But performances didn’t improve.

A 6th place finish for them this season will be seen as a failure, especially given that they bought in the likes of Jadon Sancho, Raphael Varane and the evergreen Cristiano Ronaldo. Ten Hag has a huge task to take United back to the top and he has the skills to do just that. They have already been linked with Barcelona midfielder Frenkie de Jong. The Dutch midfielder could be a perfect fit.

An emotional afternoon as we lifted the PL title #OnThisDay in 2015! pic.twitter.com/8U7EV3gOB4

Chelsea have had a turbulent season. They have had to deal with the fallout from the conflict in Ukraine which saw Russian owner Roman Abramovich sanctioned by the UK government and ultimately forced to sell the club.

Under the sanctions Chelsea have been unable to enter contract negotiations with current or new players. This has led to several players looking to leave including star defender Antonio Rudiger who is off to Real Madrid. Given the circumstances, a third-place finish was decent enough although they would have liked to have ended the season with some silverware. A consortium led by Todd Boehly is set to take over and Chelsea fans will be hoping for some new players to look forward to in the new season.

The two title rivals have already strengthened their squads for next season. Manchester City will look forward to officially welcoming striker Julian Alvarez who they signed from Argentine giants River Plate. If that’s not enough, the club has confirmed the blockbuster signing of star forward Erling Haaland from Dortmund. This will no doubt worry their rivals as they look to strengthen their grip on the Premier League having won four of the last five titles.

Liverpool likewise have also looked to boost their squad to compete next season. While narrowly missing out on the league by one point they have won two trophies and still have a Champions League final to look forward to.

This week they have confirmed the signing of highly rated youngster Fabio Carvalho from Fulham. He will compete with the likes of Luis Diaz, who has been a sensation since signing in January, for a place in the team. Sorting out the long-term futures of Mo Salah and Sadio Mane will also be a priority. Perhaps the best signing the team have made though was manager Jurgen Klopp extending his contract until 2026.

With just over two months until the start of the new Premier League season, fans will be counting down the days until the start. It will be interesting to see if Man City and Liverpool go toe-to-toe once again or if new title rivals emerge. I for one cannot wait to see the drama unfold! 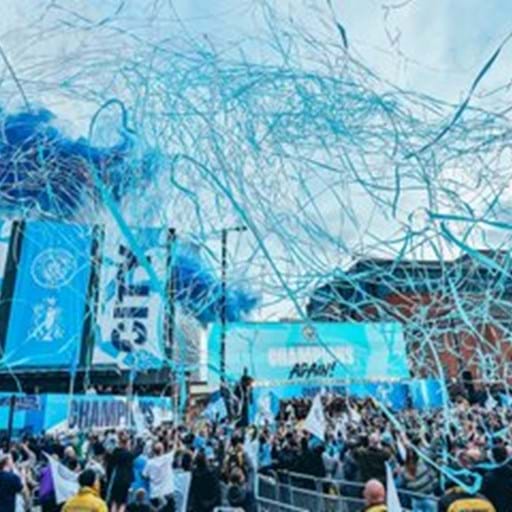 My team of the season:

After cheating the apartheid system, Wits’ demise is a spear in the heart of SA heritage

Surely Liverpool is the goal for Steven Gerrard?