The film has transcended the controversy surrounding it in Kenya by winning awards for challenging harmful ideals around queer relationships in Africa and telling a complex and well-rounded love story
Author: Masiyaleti Mbewe
Thu, Feb 11, 2021

Based on the 2007 Caine Prize-winning short story Jambula Tree by Ugandan writer Monica Arac de Nyeko, Wanuri Kahiu's 2018 film Rafiki takes the overdone star-crossed lovers trope and completely flips it on its head by giving it an authentically African and queer twist.

We are introduced to the two main characters, Kena (played by Samantha Mugatsia) and Ziki (played by Sheila Munyiva) as they navigate the colourful streets of Nairobi when they cross paths. It is clear from the moment we meet Ziki dancing in the street, her vibrant hair swinging to the beat of Blinky Bill, Mayonde and Muthoni Drummer Queen's I'm Feeling It, that she's really feeling Kena as they lock eyes.

For much of the 83-minute run time, the story (partially in Kiswahili) unfolds as Kena and Ziki fall into an easy friendship despite the fact that their fathers are political rivals. Where Kena is shy, bashful and self-conscious, Ziki is outspoken, rebellious and unconcerned with what other people think of her.

Their friendship quickly develops into something more and the two discover parts of each other that have been neatly hidden away from everyone else in the hopes of maintaining the status quo. Ziki encourages Kena to dream big and the two make a pact not to be "the typical Kenyan girl". The significance of their relationship is emphasised in a later scene when Kena tries to recreate these moments with her male best friend Blacksta but things aren't quite the same.

When asked why she wanted to make the film in an interview with VPRO Cinema, Kahiu states that she wants to show the world an image of young African people in love. And, on close inspection, she succeeds. We are treated to scenes of Kena and Ziki dancing under the flashing lights of the Kenyan night scene, taking romantic drives in the city and sharing stolen kisses in secret hideaways. Rafiki truly showcases the joys of young love.

It is not long however, before they are forced to confront the resentment that their bond causes in their homophobic community. 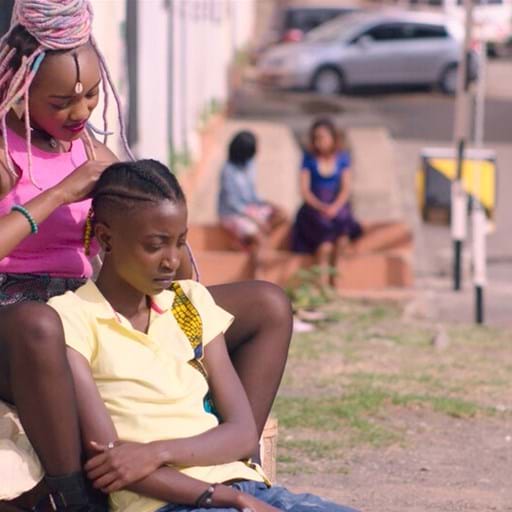 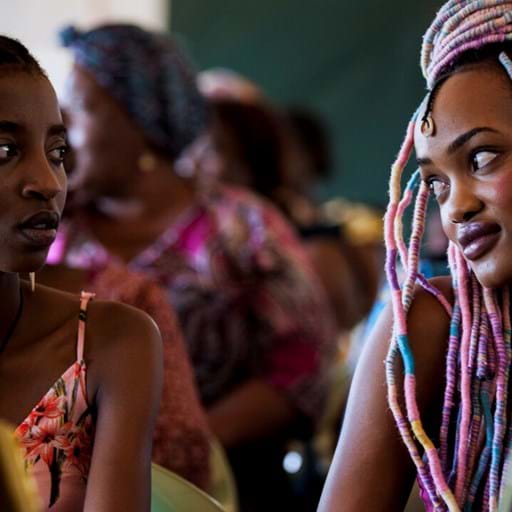 There is a scene where Kena is sitting next to her bright-eyed girlfriend Ziki and they are in church listening to a sermon: "What surprises me is that there are Kenyans who are challenging the government because of their stand on same-sex marriage. They say it's a human right. What is a human right?" the priest says. In front of their feuding parents and a judgmental congregation, Ziki dares to take Kena's hand and it is in that instant that we truly grapple with the many obstacles standing in their way.

In yet another case of life imitating art, Rafiki's initial release was banned in its home country by the Kenya Film Classification Board (KFCB) on the basis that the film promoted same sex relationships (something that is illegal in Kenya). KFCB's chief executive Ezekiel Mutua stated on his Twitter that the film worked to "corrupt our culture, moral values and kill the institution of family".

On the contrary, Rafiki actually challenges the harmful ideals around queer relationships in Africa and chooses instead, to tell a complex and well-rounded story. 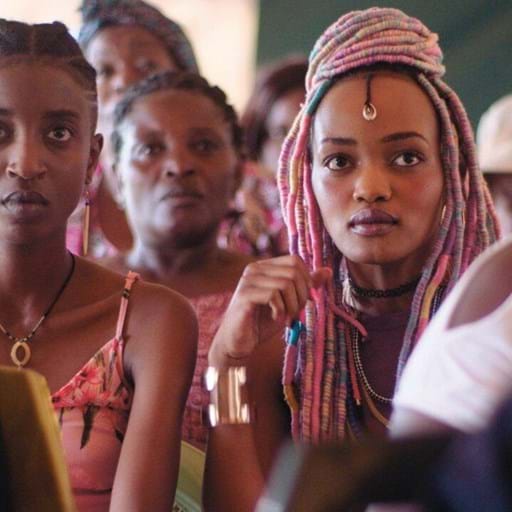 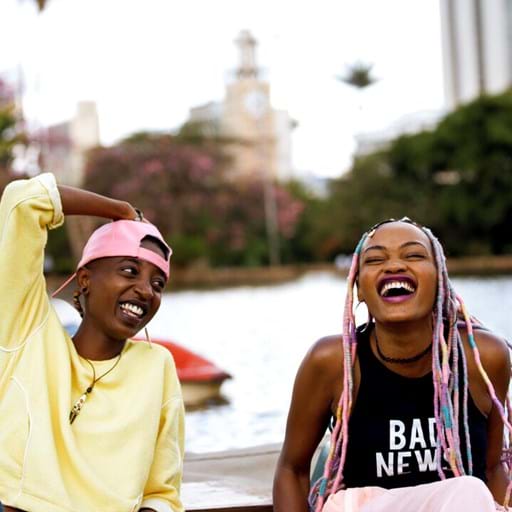 Even though the film highlights the casual violence queer people experience, it is also able to take a somewhat clichéd plot and unpack themes of rejection and the aches of first love through a distinctively queer and colourful lens.

The film's impact and importance extend beyond its censorship in Kenya. Rafiki premiered at the Cannes Film Festival in 2018 and went on to win the Africa Movie Academy Award for Best Film in an African Language, the Africa Movie Academy Award for Best Editing, as well as the Gay and Lesbian Alliance Against Defamation (GLAAD) Media Award for Outstanding Film, proving that at its core, Rafiki is a film that does exceptionally well at celebrating African love.

Beyond the opulence ‘Legacy’ is a mirror of our stark inequalities

QUIZ: How big a Fast & Furious fan are you?