Fashion flashback: Little Fires Everywhere takes us back to the ‘90s

We often modify our behaviour to suit our audience, and this show explores how clothing can also be used as a symbol of what we seek to represent
Author: Busang Senne
Thu, Nov 05, 2020

Ah, the ‘90s. A simpler time of bootleg jeans and belly rings, a cultural reset of tube tops and Jheri curls – what isn’t there to love?

Before Insta filters and curated timelines, we had pencil-thin eyebrows and reckless abandon. It’s hard to capture the essence of an era, but one way to catch a glimpse is through its fashion and the delightful chaos of the ‘90s had plenty of it.

Little Fires Everywhere takes us back to nostalgic ‘90s fashion as a way of telling a story about the central characters. The miniseries adapted from Celeste Ng’s 2017 New York Times bestseller is all about the secrets and lies of a small town in late 1990s Ohio, and the clash of the two very different families caught in between a custody battle that rocks their community.

On the one hand you have the Richardsons, a ‘traditional’ family wholesome as cherry pie, led by supermom Elena Richardson, played by Reese Witherspoon. And if there’s one thing Witherspoon is going to do, it’s play the archetype of the shrill WASP (White Anglo-Saxon Protestant) mom to a tee.

Elena wears a uniform of a respectable bob and tasteful pearl necklaces, French tips and shin-length dresses fit for an obsessive suburban housewife of that decade. The scary moments where we see her unravel (the infamous tartan Keds scene, anyone?) all have to do with the people around her failing to keep up appearances to her satisfaction.

While the rest of her family plays along with her expectations, Elena’s younger daughter Izzy represents the ‘90s rebellion her mother is desperate to stifle. Izzy wants to dress in black jelly bracelets, chokers and Dr Martens but is almost always forced to cover up with a floral print dress instead, putting on a version of herself she does not recognise. 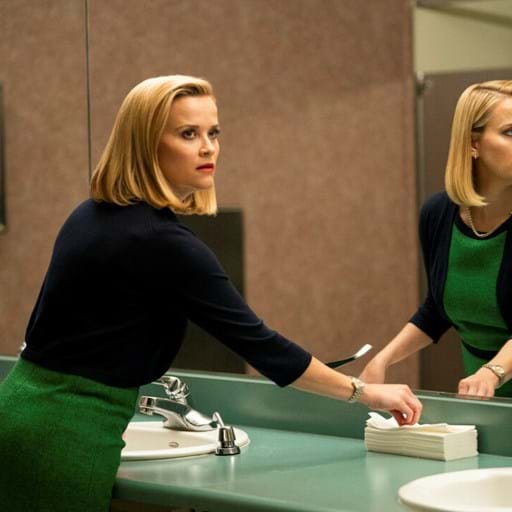 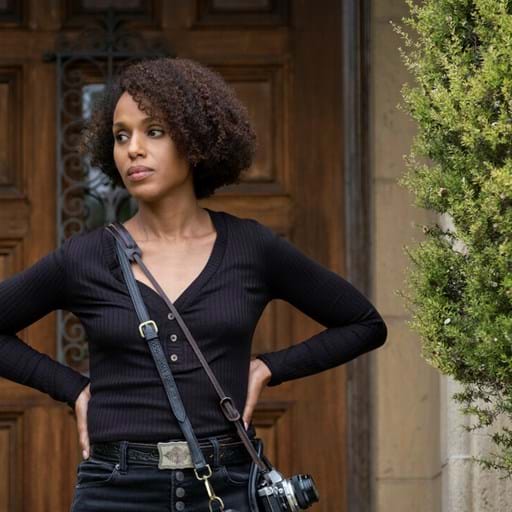 She goes so far as burning half her hair off and scribbling ‘NOT YOUR PUPPET’ on her forehead at a school recital, as a complete rejection of her mom’s attempt to cosplay as the Great American Family: truly, Izzy walked so the angsty kids of my own youth could run, and I stan her for it.

Her transition from wanting to fit in by denying herself who she really is, to cutting off the strings and being her own person, reminded me so much of the discomfort of becoming and unbecoming into your own version of womanhood and how much so of that plays out in the wardrobe and beauty standards of the time.

On the other side of the coin, you have the Warrens – a mom and daughter artistic duo who have their own dysfunction to hide but nail the effortless chill and soft glam of the ‘90s on the head.

According to Kerry Washington’s make-up artist on the show, Sheri Knight, Mia Warren’s stripped look reflects her lived experience as an artist and single mother and how that practically plays out for what she wears.

Her daughter Pearl has the same barely-there makeup and wears unpretentious t-shirts and denim shorts in the beginning of the series, but goes through her own process of trying to define herself on her own terms as one of the only black girls in her school and community.

A lot of what we wear and how we look shapes who we are or who we’re trying to be. I may not be wearing frosted lip gloss or butterfly hair clips anytime soon but Little Fires Everywhere is a reminder that you can be your own type of beautiful, just the way you are.