Even though hosting a showcase in the middle of a pandemic meant often only seeing people’s upper bodies as they connected through video call, we still have something to say about the outfits
Author: Naledi Sibisi
Fri, Aug 21, 2020

The highlight of my week arrived on Wednesday afternoon when the countdown was over and Maps 'Mr Buns' Maponyane appeared across my screen in a buttoned-up Ankara, military fez hat and classic patent black leather loafers.

The 2020 DStv Showcase was hosted by one of my best-dressed picks of the day to announce the latest in tech innovations and entertainment on the continent. The launch of the DStv Explora Ultra and DStv Streama decoders had us joined by some of the leading voices in entertainment and sports.

With the two pillars being local content and sport, the move comes with a commitment to the local industry, local stories and local languages given that there has always been a huge appetite for local content across the continent.

Anele Mdoda in a burgundy number

With evolution and innovation being at the forefront of the discussion, the showcase had more pleasant surprises in store than I anticipated. In keeping the same energy as the announcements, there were some fun, exciting and certainly notable moments as far as fashion goes.

At the beginning of the event, a familiar face joined us via a virtual call wearing his trademark suit and tie. CNN's foremost international business correspondent and presenter Richard Quest talked all things innovation with MultiChoice Group CEO Calvo Mawela. As one of the most recognisable CNN correspondents, it was lovely to see the New York-based presenter remain in his element.

Award-winning sportscaster, MC and ring announcer Carol 'first lady of sport' Tshabalala sported my other top pick for the day. The casual white tee and white pencil skirt anchored by a pastel pink leather jacket was perfectly suited for the occasion.

Radio and television presenter Anele Mdoda wore a burgundy number while her makeup stole the show. The coral palette brought radiance to the set while the CEO General Entertainment for Multichoice Group Yolisa Phahle followed a similar theme as far as her colour choices. 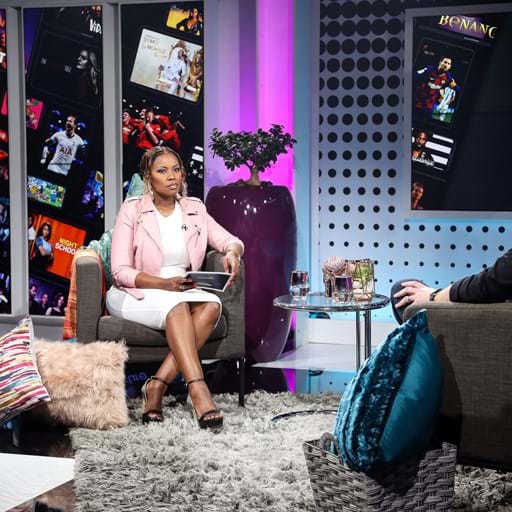 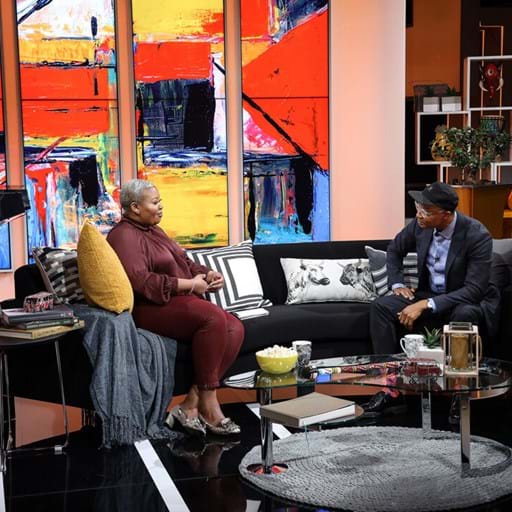 Her minimalist coral blouse was paired with a single gold chain. She also delivered some insights about the trajectory of local content in a global context considering the success of The River. With a host of talented cast such as Sindi Dlatu, Hlomla Dandala, Warren Masemola and Presley Chweneyagae, Tshedza Pictures’ The River bagged an International Emmy Award nomination in the telenovela category in September 2019.

Other memorable moments included writer and director Teboho Mahlatsi of Yizo Yizo fame, joining the couch in a trendy black cap, blazer and blue shirt – giving us cool, calm and collected as we were coming closer to the end of the showcase. Finally we were joined by our rugby world cup winning captain Siya Kolisi in a casual black shirt as we brought the exciting afternoon to an end.

True to what Phahle expressed in her insights earlier with regards to the announcements as well as what we can expect altogether, the future is approaching us very fast. And in fact, the future is now.

Go back to your ex, today!

The set of MasterChef SA is dripping with local flavour